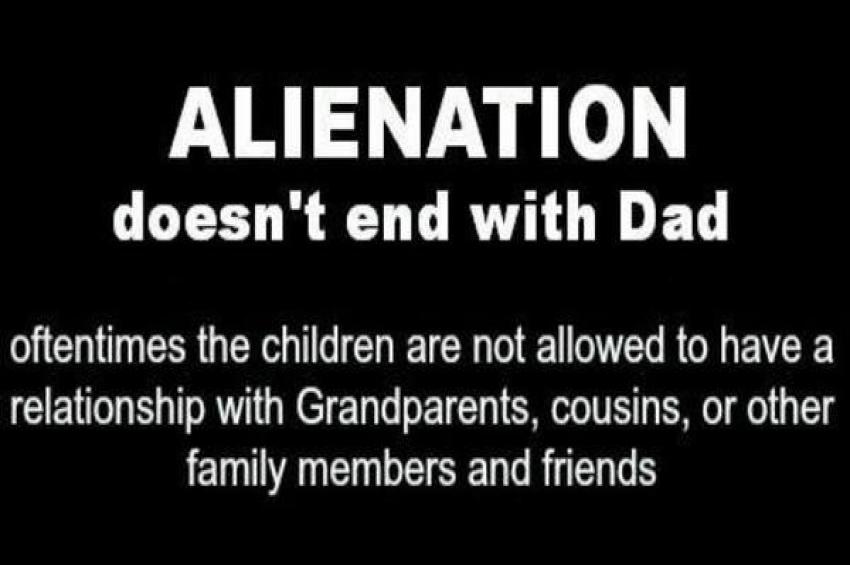 Gardner's definition of PAS is:. 1. The Parental Alienation Syndrome (PAS) is a disorder that arises primarily in the context of child-custody disputes. . 2.

Gardner's definition of PAS is:

1. The Parental Alienation Syndrome (PAS) is a disorder that arises primarily in the context of child-custody disputes.

2. Its primary manifestation is the child's campaign of denigration against a parent, a campaign that has no justification.

3. It results from the combination of a programming (brainwashing) of a parent's indoctrinations and the child's own contributions to the vilification of the targeted parent.

What is the child's part in PAS?

Gardner notes that the PAS is more than brainwashing or programming, because the child has to actually participate in the denigrating of the alienated parent. This is done in primarily the following eight ways:

The child denigrates the alienated parent with foul language and severe oppositional behavior.

The child offers weak, absurd, or frivolous reasons for his or her anger.

The child is sure of himself or herself and doesn't demonstrate ambivalence, i.e. love and hate for the alienated parent, only hate.

The child exhorts that he or she alone came up with ideas of denigration. The "independent-thinker" phenomenon is where the child asserts that no one told him to do this.

The child supports and feels a need to protect the alienating parent.

The child does not demonstrate guilt over cruelty towards the alienated parent.

The child uses borrowed scenarios, or vividly describes situations that he or she could not have experienced.

Animosity is spread to the friends and/or extended family of the alienated parent.

In severe cases of parent alienation, the child is utterly brain- washed against the alienated parent. The alienator can truthfully say that the child doesn't want to spend any time with this parent, even though he or she has told him that he has to, it is a court order, etc. The alienator typically responds, "There isn't anything that I can do about it. I'm not telling him that he can't see you."

PAS is an escalation of Parental Alienation (PA)

The mild category he calls the naïve alienators. They are ignorant of what they are doing and are willing to be educated and change.

The moderate category is the active alienators. When they are triggered, they lose control of appropriate boundaries. They go ballistic. When they calm down, they don't want to admit that they were out of control.

In the severe category are the obsessed alienators or those who are involved in PAS. They operate from a delusional system where every cell of their body is committed to destroying the other parent's relationship with the child.

In the latter case, he notes that we don't have an effective protocol for treating an obsessed alienator other than removing the child from their influence.

An important point is that in PAS there is no true parental abuse and/or neglect on the part of the alienated parent. If this were the case, the child's animosity would be justified. Also, it is not PAS if the child still has a positive relationship with the parent, even though one parent is attempting to alienate the child from him or her.

I believe that PAS parents have become stuck in the first stage of child development, where survival skills are learned.

To them, having total control over their child is a life and death matter. Because they don't understand how to please other people, any effort to do so always has strings attached. They don't give; they only know how to take. They don't play by the rules and are not likely to obey a court order.

Descriptions that are commonly used to describe severe cases of PAS are that the alienating parent is unable to "individuate" (a psychological term used when the person is unable to see the child as a separate human being from him or herself). They are often described as being "overly involved with the child" or "enmeshed".

The parent may be diagnosed as narcissistic (self-centered), where they presume that they have a special entitlement to whatever they want. They think that there are rules in life, but only for other people, not for them.

Also, they may be called a sociopath, which means a person who has no moral conscience. These are people who are unable to have empathy or compassion for others. They are unable to see a situation from another person's point of view, especially their child's point of view. They don't distinguish between telling the truth and lying in the way that others do.

In spite of admonitions from judges and mental health professionals to stop their alienation, they can't. The prognosis for severely alienating parents is very poor. It is unlikely that they are able to "get it." It is also unlikely that they will ever stop trying to perpetuate the alienation. This is a gut wrenching survival issue to them.

How can good intentions backfire?

Those people who are typically called upon to handle such difficult situations, such as the police, social workers, attorneys or psychologists assume that what the frightened mother is saying is true. These things DO happen. There are men who are seriously disturbed, violent, out of control sexually, and stalk, who are rightfully feared. The mother is very convincing in her desperation and vivid in her descriptions. The clincher is that the alienated child collaborates with the mother by saying, "Yes, I am afraid of my father." "Yes, my father did touch me down there." "Yes, he does beat me." What would you do if you were faced with having to decide how to protect a child in such a situation?

Some therapists don't realize the severity and depth of the problem. In fact, they may unwittingly side with the alienating parent and even testify in court that the child is afraid of the alienated parent. This can be a serious stumbling block in getting an accurate diagnosis. Indeed, it can tip the scale into the alienating parent's agenda and do real damage.

Our courts, social services and mental health workers are all committed to stop child abuse and neglect when they see it occurring. Unfortunately, in PAS situations a dramatic and loud complaint from the alienating parent often ends up being acted upon without an investigation as to the accuracy of the allegation. This frequently removes the alienated parent from the children and allows the alienating parent considerable additional time to proceed with the alienation.

By the time all of the evaluations are in place and the case is heard by the court, considerable damage has been done to the child. It is an irony that the very people we turn to for help in such a difficult situation can often be those who most contribute to allowing the on-going abuse and neglect of the child to continue.

How are PAS cases resolved legally?

Judges are inevitably conservative in their orders. Even when the evidence is overwhelming that the alienation is occurring, the court order may still end up saying, "the parents are to make joint decisions about the child's welfare," when this is impossible to do.

This is further evidence that the judge doesn't understand the magnitude of the problem. The judge in one of the most severe PAS cases I worked on was from the old school. He was tired of having the litigants continue to appear before him. One day he said, "Why don't the two of you go out in the hallway and kiss and make up." This is an example of how frustrating these cases are for judges. Indeed, these are the hardest cases to decide.

Judges have been slow to place serious sanctions on the alienating parent. If there is no threat of severe fines, jail time or sole custody to the targeted parent, the chances are remote that the out-of-control parent can be stopped.