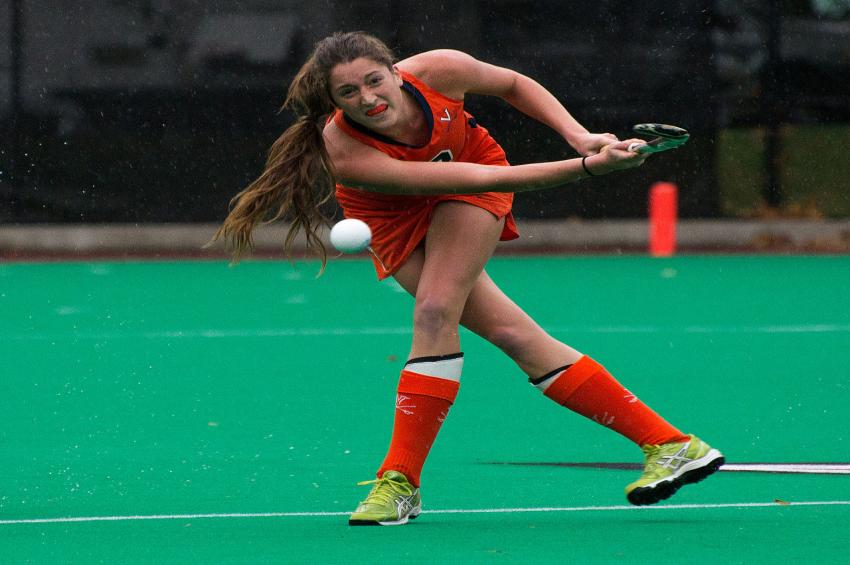 Entries have opened for the 12th annual Cape Town Under-18 International Schools/Clubs Hockey Festival for boys' and girls' first teams that takes place from July 21 to 26 next year, and if the glowing endorsements by highly respected hockey personalities of this year's tournament are anything to go by, next year's event promises to be an even bigger success.

Former England and Great Britain international Matt Daly, who was manager of London's Kingston Grammar School boys' side this year,said how impressed he was with the standard of the 2014 event.

"The quality of play, the athleticism of the boys and girls, the youth of some of the players, it's a great event in every respect," said Daly, who was in the Great Britain team that ended fourth at the London 2012 Olympic Games.

The highly regarded Paul Roos Gym boys' first team coach Neville Rothman gave high praise to the tournament. "The organisation is world-class," said Rothman, who is also the head coach of the South Africa U18 team. "Communication between the organisers and the schools is excellent, the festival is well-managed and an absolute pleasure to play in."

The 2014 tournament saw 44 teams taking part, made up of 22 boys' teams and 22 girls' teams in a remarkable total of 142 full matches over six days (one day being a rest day) on top-rated Astros along with qualified umpires, match officials and first-aid teams. An indication of the Festival's popularity and success is that it has run annually, except for one understandable break, in 2010 during the Fifa World Cup football event.

Rothman made another interesting point: "The international schools tournament also offers South African boys and girls the opportunity to experience different styles of hockey, and the festival is a great refresher after the July holidays and something we always look forward to."

Former England and Great Britain goalkeeper Nick Brothers, who played a key role in this year's event, was impressed with the outstanding individual players in the South African schools. "Some of these players have the potential to go all the way, but there is depth in visiting schools such as Millfield that comes in handy in the knockout stages."

A number of top overseas and local entries have already confirmed their participation in the 2015 showpiece of all that is good in hockey.

From England, those confirmed are Chigwell School, Sevenoaks School, Taunton School and top England girls' team Repton School, while Millfield School have just informed the organisers that they will be returning to defend their girls' title.

Previous winners, the outstanding New South Wales Bushrangers of Australia, will be back in full force.

Confirmed from South Africa's top boys' schools so far are the 2013 and 2014 champions Rondebosch Boys' High, who are gunning for a hat-trick of titles next year, while another top school, Paul Roos, are looking to turn two silvers and a bronze into pure gold in 2015.

Top clubs and schools in Holland, Canada and a number of other countries have also indicated interest while tournament director and festival founder Chris Brothers and his dedicated team are in discussions with several top KwaZulu-Natal, South Africa, schools who have expressed strong interest in signing up for the 2015 festival.

Perhaps the last word should come from South Africa's internationally respected hockey journalist Jonathan Cook, who has attended the past three festivals in the role of media officer.

"I have been to world-level tournaments, from Olympic Qualifiers to World Cups, in countries like Argentina, India, Japan and many all over Europe, as well as top domestic and continental events in South Africa and Africa, and can say without hesitation that the Cape Town U18 International ranks with the very best in every respect.

"This festival, which includes a fantastic opening ceremony on day one, also has a rest day during which teams have the opportunity to visit Robben Island, where the father of the South African nation, the revered Nelson Mandela, was imprisoned for decades, as well as to go up Table Mountain, which has been named one of the Seven Wonders of Nature, or just do whatever they like, so there's plenty of education and sheer fun to be had outside the actual hockey competition itself, in which there are medals and prizes on offer for just about everyone