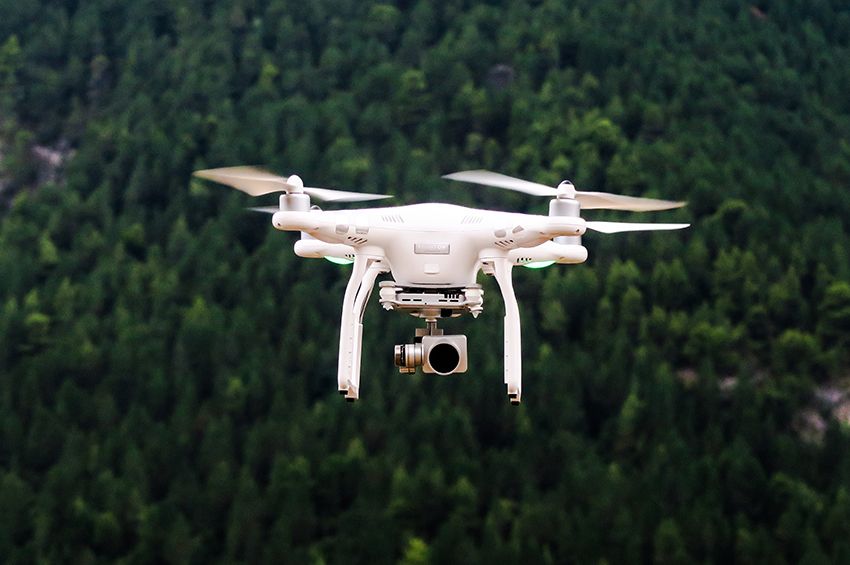 Whether you call them Unmanned Aerial Vehicles (UAVs), Miniature Pilotless Aircraft or Flying Mini Robots, drones are rapidly growing in popularity. They are still in

Whether you call them Unmanned Aerial Vehicles (UAVs), Miniature Pilotless Aircraft or Flying Mini Robots, drones are rapidly growing in popularity. They are still in the infancy stage in terms of mass adoption and usage, but drones have already broken through rigid traditional barriers in industries which otherwise seemed impenetrable by similar technological innovations.

Over the past few years, drones have become central to the functions of various businesses and governmental organizations and have managed to pierce through areas where certain industries were either stagnant or lagging behind. From quick deliveries at rush hour to scanning an unreachable military base, drones are proving to be extremely beneficial in places where man cannot reach or is unable to perform in a timely and efficient manner.

Increasing work efficiency and productivity, decreasing workload and production costs, improving accuracy, refining service and customer relations, and resolving security issues on a vast scale are a few of the top uses drones offer industries globally. Adoption of drone technology across industries leapt from the fad stage to the mega-trend stage fairly quickly as more and more businesses started to realize its potential, scope, and scale of global reach.

Whether drones are controlled by a remote or accessed via a smartphone app, they possess the capability of reaching the most remote areas with little to no manpower needed and require the least amount of effort, time, and energy. This is one of the biggest reasons why they are being adopted worldwide, especially by these four sectors: Military, Commercial, Personal, and Future Technology.

Drones have been around for more than two decades, but their roots date back to World War I when both the U.S. and France worked on developing automatic, unmanned airplanes. But the last few years have been significant in terms of drone adoption, usage expansion across industries, and global awareness.

From technically manning sensitive military areas to luring hobbyists throughout the world, drone technology has developed and prospered in the last few years. Individuals, commercial entities, and governments have come to realize that drones have multiple uses, which include:

Development of hundreds of more uses of drones are underway due to the multiple investments pouring into this promising industry everyday.

Military usage of drones has become the primary use in today's world. Used as target decoys, for combat missions, research and development, and for supervision, drones have been part and parcel of the military forces worldwide.

According to a recent report by Goldman Sachs, military spending will remain the main driver of drone spending in the coming years. Goldman estimates that global militaries will spend $70 billion on drones by 2020, and these drones will play a vital role in the resolution of future conflicts and in the replacement of the human pilot.

Military spending also tends to come in larger increments, as a single US Predator drone costs approximately $4 million, and total spending for the program is estimated at a total of almost $2.4 billion.

Unmanned Aerial Vehicles will continue to be applied in various military operations due to their high convenience in reducing losses and enabling the execution of high profile and time-sensitive missions.

Commercial usage of drones is gaining steady momentum and has become the talk of the hour, as multiple industries are working with drones as part of their daily regular business functions. The market for commercial and civilian drones will grow at a compound annual growth rate (CAGR) of 19% between 2015 and 2020, compared with 5% growth on the military side, according to BI Intelligence, Business Insider's premium research service.

The commercial drone industry is still young, but it has begun to see some consolidation and major investments from industrial conglomerates, chip companies, IT consulting firms, and major defense contractors. For now, the industry leaders are still a handful of early-stage manufacturers in Europe, Asia, and North America.

As it becomes cheaper to customize commercial drones, the door will be opened to allow new functionality in a wide array of niche spaces. Sophisticated drones could soon be doing everyday tasks like fertilizing crop fields on an automated basis, monitoring traffic incidents, surveying hard-to-reach places, or even delivering pizzas.

As the sales of the civilian drones rise, the safety concerns surrounding them among regulators and law enforcement agencies also tend to go up, seeing the past of drone collisions with airplanes and crashes into crowded stadiums. A Lobbying group, Consumer Technology Association expects 2.8 million consumer drones will be sold in the United States in 2016/17 and revenue will reach $953 million.

BI Intelligence expects sales of drones to top $12 billion in 2021. And no small amount of that will come from the sale of personal drones used for film-making, recording, still photography and gaming by common tech-savvy enthusiasts.

Consumers will however, spend $17 billion on drones over the next few years. Drones come in all shapes and sizes, from small and inexpensive single-rotor devices to large, $1,000+ quadcopters with GPS, multiple camera arrays, and first-person control. While primarily aimed at hobbyists, these types of devices are widely available and the market is growing.

Here is the breakdown of the technology generations:

The next generation of drones, Generation 7, is already underway, as 3DRobotics announced the world's first all-in-one Smart Drone called Solo. Smart drones with built-in safeguards and compliance tech, smart accurate sensors, and self-monitoring are the next big revolution in drone technology that would provide new opportunities in transport, military, logistics, and commercial sectors.

As these technologies continue to evolve and grow, drones will become safer and more dependable. This would allow for their subsequent mass adoption, provided the strict USFAA legislation surrounding drone technology and usage is loosened to some degree.